We had already talked about the research project named "Live Inducement of Multimodality by Promoting the Internet of data" (Limpid) in this article in the past months. In these days one of the project partners named ISMB officially released on their Vimeo channel a final video that summarizes the main results obtained within the project.

Our role in the project has been focused on the user experience and the user interface design for the mobile app developed for Android smartphones. Our goal was to make the graphical interface as immediate as possible, through the use of icons and pictograms easy to understand for any user, using customary visual codes.

Before we dealt with the design of the app design, we designed the logo of the project that would be used on all project assets: graphic for the cars, for electric bicycles, and for various gadgets.

As part of the project, we also took care of the design and development of the official website of the project, which presents both a public part, and a private one which is accessible only to the project partners. The site has been developed on Drupal Commons, a platform that provides advanced tools for collaboration and sharing of information by a plurality of subjects. The developed system has enabled many users to share and organize information and documents related to the project, keeping track of activities, write and comment posts, create or report participation in events, create or participate in surveys, workshops and much more. 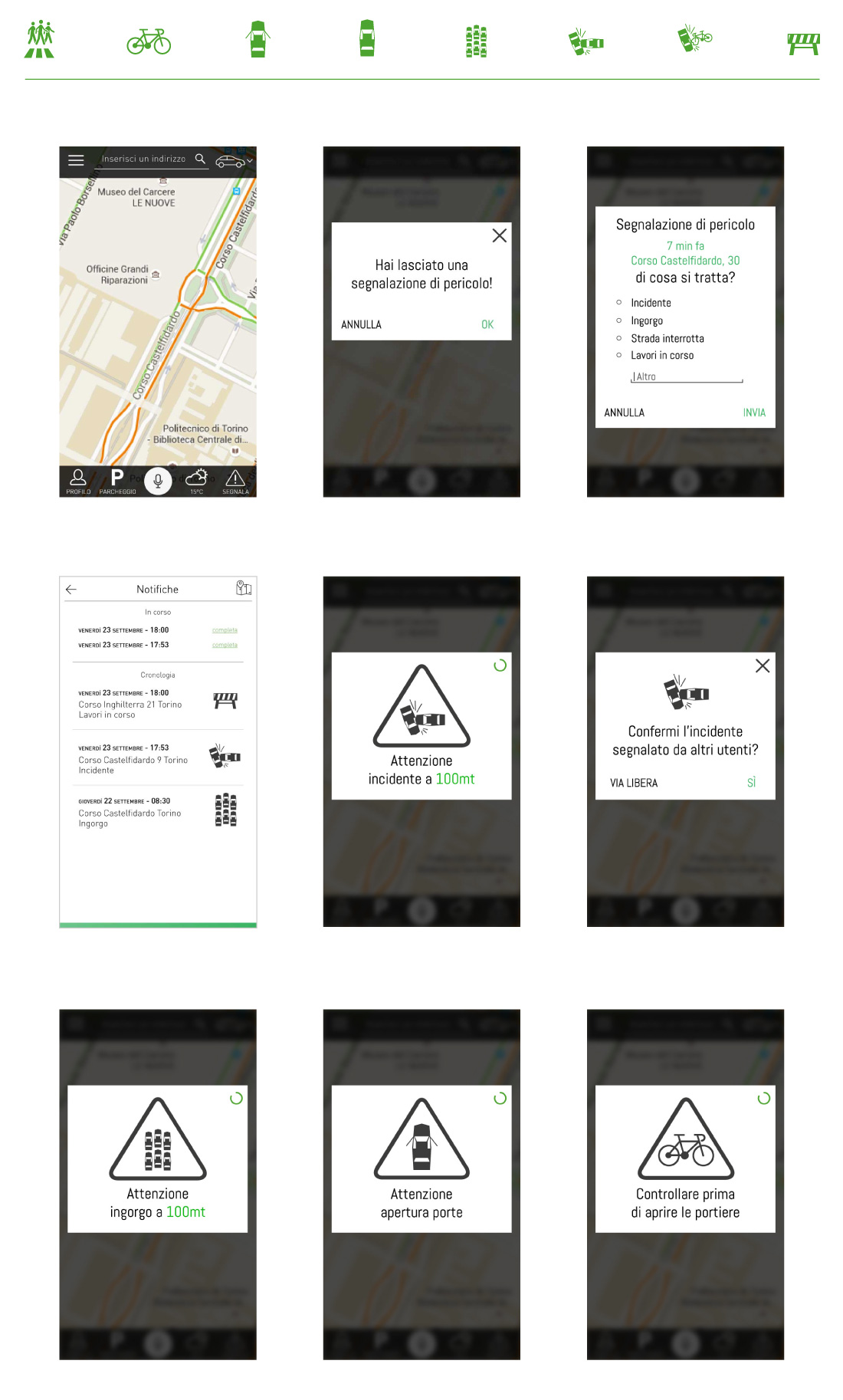